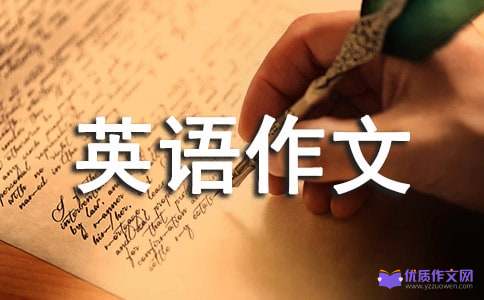 I’m a builder. When other builders and I laid a foundation of a building, we dug out some ancient cultural relics. At that time, some people suggested we sell them so that we could get some money. But I didn’t agree with them because I think these cultural relics are our country’s wealth. As Chinese people, we should protect them. So I told the other builders we shouldn’t sell them, because cultural relics represent a country’s culture and history. Besides, we should donate these culture relics to our country in case they might be sold abroad secretly. We shouldn’t lose them. Yours sincerely, Li Hua

As the winter vacation is drawing near, I have a plan about my vacation. I'm going to do what I want to do. I'm going to study harder in order to get good grades in the following term. After finishing all my homework, I'm going to enjoy myself in the sea of knowledge. Reading must be a good idea. I'm going to keep fit at the same time. I'll get up eary in the morning everyday and play sports. I really love sports. Besides that, Eating a balanced diet is also good for my health. I'm going to help my mom and dad with the housework as well in the vacation.I'll learn to cook. As for travelling, I'm planning to go to Hainan. But whether going there or not will be decided on the weather.During the vacation,I'm going to visit my friends,I really miss them. So you seeThe Winter Holiday I like the winter holiday very much. Though it's very short,I can enjoy the Spring Festival. I can watch cartoon every day. I needn't go to school frepuently. Sometimes I can go to play with my friend outside. With the festival coming,

I can play all the time. I can play video game with my brother. I am good at playing PC game. So I often beats my brother. Then more and more relative came to my home. We had dinner together. It's so lively that I'am very happy. But I still have to do my homework. During the holiday,I learned a lot. I love the winter holiday.

My father and I went back to the countryside hometown for ancestor's grave. We came to the ancestral grave, dad with his shovel the tombs to repair, and then put the tribute to the grave, took me to the ancestors on three head, got up and down a bowl of wine, spilled a circle around the tombs. In the grave, we walk in the mountains You'll also be able to contribute, on a mountain high, there are lush trees, there are green grass, there are clear lakes, beautiful!

On the way home, winter jasmine, plum and cherry blossoms are scrambling to in full bloom, fragrance of flowers floating around, a lot of visitors to take photos in front of the flower, laughing faces as beautiful as flowers, how happy ah! Dad told me: tomb-sweeping day is our memory of martyrs, ancestor worship festival, festival is blooming, play for an outing. He told me the martyrs brave fight, fear no sacrifice revolutionary story.

I listened to the very touched, it is our predecessors bloody sweat, hard working, just have our good life today, so we should cherish the happy life today, study hard, healthy growth, grow up contribution strength, serve the country!

The Games of the 29th Olympiad in 20xx are awarded to the city of Beijing.

The International Olympic Committee selected the Chinese capital as the 20xx host in Friday's vote during Juan Antonio Samaranch's last IOC session as president. The attraction of staging the Games in a country which has the world's largest population, as well as huge economic potential, won the IOC's heart.

Beijing defeated four other bidding cities, including Toronto and Paris, to secure the country's first-ever Olympics. Osaka was the first city to go out, and it only took one more round for Beijing to win the Olympic race.

The announcement, read out by the 81-year-old Samaranch, was answered with wild jubilation from the Chinese delegation in Moscow, and with fireworks in Beijing. IOC senior member Kim Un-Yong said after the voting that Beijing deserved the Olympic Games.

Beijing is capable of staging a great Olympic Games, said the 71-year-old South Korean. The result wasn't a surprise to me.

With the motto New Beijing, Great Olympics, Beijing promises to host a Green Olympics, a Hi-tech Olympics and the People's Olympics.

The 3,000-year-old city is becoming a truly international city and showing a new, vigorous image through its ongoing economic reforms.

Beijing enjoys the widest popular support among the five bidding cities. A Gallup opinion poll commissioned by the government showed 94.9 percent of the public in favor of it. The IOC's own surveys found support even higher. The Chinese government has pledged to spend 20 billion U.S. dollars building sports complexes and refurbishing the Beijing infrastructure. There are plans for a new exhibition center with twin skyscrapers that could be taller than any in the world.

The growth of flowers gratitude the rain, because rain moisten it; Goshawk Thanksgiving sky because the sky to let it fly; Mountain Thanksgiving earth; Because of the earth to make them tall; I am grateful to my teacher, because teachers open the door to my knowledge I roam in the ocean of knowledge. When I was growing up process, thick love accompany me around.

Primary school spent like a childhood of lightning, including trouble and sorrow, joy and gratitude.

Thanks to teachers, they teach us to read, write, and teach us the knowledge we teach human principle; Is they let us appreciate the collective life, deal with the classmates. When we learn, is to inculcate in them; When we are naughty waste studies, is that they are tireless persuasion; When we encounter problems, is that they are to our serious; When we are at odds with classmates, but also they are for us to resolve the dispute. We should thank the teachers, there are a pair of couplets: a piece of chalk remain uncorrupted, three feet platform four seasons weather, plus the insides all nine, ten, will teach well drops sweat cheng ze peach li fang world; Ten volumes poetry chapter nine hypotenuse, eight SuoWenSi seven weft geography, along with six arts Pentateuch four three characters as one, two ya infatigable little diligent effort yu ying ze shenzhou.

Without teachers, we don't understand the rules and reason, school culture, science, knowledge, and would not have today's achievement and status. So-called "respect than nursing", the best reward for teachers is to follow the teacher's teaching, keep in mind the requirements and expectations of teachers constantly learning, study hard, work hard, do something, do it better, and better than blue ". To see their students and staff have made achievements and progress, teachers will feel great comfort and glory. It is submitted to the teachers.

For a long time, we have become accustomed to others to ask for, ask for the material, for friendship, for love, and forget the gratitude. From now on, from this moment, from this second start, let us learn to Thanksgiving!

Then a strange blight crept over the area and everything began to change . Some evil spell had settled on the community : mysterious maladies swept the flocks of chickens ; the cattle and sheep sickened and died . Everywhere was a shadow of death. The farmers spoke of much illness among their families. In the town the doctors had become more and more puzzled by new kinds of sickness appearing among their patients . There had been several sudden and unexplained deaths not only among adults but even among children ， who would be stricken suddenly while at play and die within a few hours.

There was a strange stillness. The birds， for example ---where had they gone ?Many people spoke of them， puzzled and disturbed. The feeding stations in the backyards were deserted. The few birds seen anywhere were moribund .They trembled violently and could not fly. It was a spring without voices . On the mornings that had once throbbed with the dawn chorus of robins ， doves ， jays ， wrens ，and scores of other bird voices there was now no sound ; only silence lay over the fields and woods and marsh.

On the farms the hens brooded ， but no chicks hatched .The farmers complained that they were unable to raise any pigs --the litters were small and the young survived only a few days .The apple trees were coming into bloom but no bees droned among the blossoms， so there was no pollination and there would be no fruit. The roadsides ， once so attractive， were now lined with browned and withered vegetation as though swept by fire . There ， too， were silent ， deserted by all living things .Even the streams were now lifeless. Anglers no longer visited them ， for all the fish had died. In the gutters under the eaves and between the shingles of the roofs ， a white granular powder still showed a few patches ： some weeks before it had fallen like snow upon the roofs and the lawns， the fields and sreams.

We are having good living condition.

And most of us are the only child in the family.

Our parents love us so much that we can have what we want.

But some of our classmates don’t take good care of these things.

They throw away their pen and paper.

Some of them even waste food.

I think it is bad habit.

As students, we should make full use of what we are given.

If we don’t need something, we can give it to those who are in great need.

It’s important to save the resources and it’s also our duty.

There are many important people have been in my life, and one of them I will never forget. I met him last summer. He was short and tanned, and was about twelve years old. He was selling the balloons on the sideway when I met him, I was curious and asked him:” why do you do business at such young age?” he said:” I’m not doing business, I have been saving money. I want to donate it to the disaster area, the children there need help.” I was surprise, and ashamed. I bought many balloons from him and asked him to keep the change. I should learn from him to be a kind-hearted person.

3. 有良好的生活习惯：定期锻炼，充足的睡眠，不要过度劳累，不抽烟等等。 The Ways to Keep HealthyEveryone hopes to be in good health. But howHere are some ways to keep health.

First, you need a healthy diet. It is better to eat fresh fruit and vegetables because they have a lot of fibre and vitamins. Don’t eat the food which contains too much sugar and fat, like butter, cheese, coffee and chocolate. Fat and sugar make people put on weight easily.Second, good living habits are very important. You should do regular exercise to build up your body. Besides, enough rest is necessary for your health. You need 8 hours’ sleep a night and don’t work too hard. Smoking is a bad habit, so never smoke.In a word, healthy food and good living habits are good ways to keep healthy.

When we walk on the street, we are easily attracted by beautiful girls. They all have white skin and good body shapes. It has been admitted that white skin is the standard to judge whether a girl is beautiful or not. There are all kinds of skin whitening products. Ads implant the idea to people’s mind that only the white skin can make them to be attractive. In some areas of Africa, a lot of girls are so addicted to using skin whitening products. Some products even threaten their health, but the girls still insist to use them. The world is beautiful because of diversity, and the standard of beauty should not be defined by the skin. The manufacturers spread the wrong idea to people’s mind for making more money. So don’t be lost in the public’s opinion.